“We are all famous to a few people”
(Vampire Mob)

Mockumentary and found footage should be considered styles (or techniques) more than genres, but their consistent use has ended up generating independent sub-genres with more or less strict distinctive features.
Mokumentary can also be seen as a blended genre itself, being sort of a scripted fictional documentary. While found footage has come to be defined (by its use, again) as a kind of dramatic and usually horror genre, so mixing it with less usual ones, like comedy, can give the feeling of a cross-genre work.
All these elements makes them eligible for the inclusion in our little exploration of the genre blending practice in web series.
By the way, as I said mockumentary and found footage are styles; as such, they can be employed for stylistic needs, as an aesthetic resource, avoiding any concern to mimic a real cameraman’s behavior as realistically as possible but, instead, recurring to the hand held cam just to gave “that feeling” and cheating in editing and direction whenever their sense of (or laziness in) style suggest them it’s a good idea, for the sake of spectacularity. Personally, I don’t like this approach; but the world’s audiences don’t seem to care that much.

We consider found footage as a standalone genre, separate from fake documentary, because of it’s blooming during the last decade, especially inside some specific areas (horror stories or related to crime or mystery), after which it became kind of recognizable and popular.
But their difference is quite thin. The technical approach is in fact the same: to simulate a real shooting of supposedly real events. The editing can opt for a full edited documentary, a kind of uncut, raw exposition of the material or a mix of the two.

The main distance between them, instead, is narrative, since in found footage genre the operator, and probably the subject of the shootings too, is supposed to be dead or missing or who knows what; while a couple of minor ones, then, are that in mockumentary the operator isn’t supposed to be an amateur and that the work itself is likely to be a comedy of some sort. But, again, this is just a consequence of how the genres developed, not something pertaining to their potential.
Back to web series mockumentary or found footage hybrids, once again the major, unifying and thinner element seems to be comedy, partly because of its huge popularity on the web. But I’m waiting to see a more inventive and dramatic contamination of fake documentary stile and further genres or tropes. And I’m pretty confident I’ll see it, sooner or later.

Let’s start with a bang. Or a moan. You decide.

Zombie comedy Zomblogalypse (2008), created, written, produced and mostly improvised by Miles Watts and Tony Hipwell (MilesTone Productions) plus Hannah Bungard, it’s shot and set in York, GB.
Blending comedy, found footage, zombie survival and the web genre par excellence, vlogging, Zomblogalypse follows the lazy days of three ex-wannabe filmmakers in their twenties, now that society has fallen apart and they’re stuck in the aftermath of a zombie pandemic. During the seasons, we see them coping with the walking dead, occasional survivors, unexpected relative’s appearances, pointless survival trips and their own stupidity.
The series has its flaws and doesn’t hide a cheap production (adopting instead the found footage approach to make it acceptable), but it’s brilliant, fresh, inventive and funny like few other horror comedies I’ve seen. Quite likely, because it’s brit.
Despite its improvised nature, the series relies on planned and strong puns and has a pretty intriguing combination of wit, cynicism and a little absurd that makes it quite tasty.
Four seasons (three plus a prequel), 6 episodes each. A feature-length film is in production for 2013, described as a kind of up-scaled remake.
On YouTube (season 3 is re-cut  as a full feature, also), Blip and DailyMotion (all seasons in HD).

Another British one, from York too.
I Am Tim (A Monster Of A Documentary) originally started in 2010, then got re-cut and re-released in 2012 and it’s actually going on with new episodes (to be pricky, it already had been revised in 2011).
Created, written and directed by Jamie McKeller (also starring as the lead) and produced by his RedShirt Films (York, GB), it matches the mockumentary approach (comedy + doc) with the unusual horror/monsters story setting (more popular in found footage).
It follows an otherwise ordinary bloke,  low-level office worker on his thirties, that has appointed himself the title and the task of monsters hunter after discovering to be a direct descendant of the widely known Abraham Van Helsing. An independent TV troupe, lead by an egocentric director, follows his clumsy (but effective) hunting sessions and, sometimes, even pry into some “daily” moments.
The main catch here is the gap between the task and the hunter’s or his assistant’s skills (that lead to some casual and hilarious deaths here and there); and the narcissistic and selfish nature of the director (ready to sacrifice to the cause an entire flock of interns) helps a lot. But the show shines especially in the detail invention, expressed in quick and unexpected jokes (either in dialogs, acting or editing), creative weapons of unusual nature, hilarious character reactions (look for Tim’s girlfriend’s killing frenzy) and a variegated monsters design.
Brit humor, again. Same as above.
It’s interesting to notice how the fake documentary is meant to be a web series itself (in accordance with the ultra-independent and penniless nature of the fictional production), thus including a “meta” call to subscription at the end of each episode. One reason more to do it. Click that button.
The series has wrapped up the first “revisited” season of the four planned (around 15 episodes, 7 minutes long, per season). Season One had previously been re-edited in a full feature, HELSING – Portrait Of A Monster Hunter. New material shot for the movie is to be incorporated into the revised version of Season Two.
On YouTube.

Here’s one of the most brilliant and original vampire cross-genre (that I know of, at least) on the web.
Vampire Mob (2010), written and directed by independent filmmaker Joe Wilson and featuring cast members from overly famous TV shows (like Boardwalk Empire and The Sopranos) is a mockumentary comedy blending crime stories and vampires.
Its lead is an italian-american hitman who voluntary became a blood sucker as a form of professional improvement and that happened to turn his wife too (he was hungry); with the latter, in turn, doing the same to her mother (“Now I’ve got a wife, and a mother-in-law, and I’m gonna live with them for eternity. Fucking great…”).
Adapting to the new lifestyle is not a big deal (most of his work is done overnight, after all); finding himself with less jobs and at the center of a plot aiming to his death, maybe a little bigger.
A nephew of his, wannabe filmmaker, documents his days with disregard for danger (or excess of stupidity).
As said, here the blending is pretty clever and fresh. Instead of playing with the same overcooked vampire stereotypes, the narrative core remains the crime story (with a strong focus on the private, everyday matters), with the horror elements there to put an extra layer and taste, both for character development and for quick puns, and reinvented when needed. While being a comedy, it’s a dark one, with a good dose of drama, and a little action, in the blend that don’t hurt at all.
The documentary approach is not extremely orthodox, and sometimes pushed over its boundaries for the sake of narrative; but it’s not too much bother.
Two seasons, 14 episodes ranging from 4 to 9 minutes.
On YouTube, Blip, Vimeo (not all episodes, so far).

Last, an improvised comedy mocking one excessively successful found footage franchise (basically, a “found footage comedy”): Completely Normal Activity (2011), created and produced by Chicago based comedy collective Private Portions (Ward Crockett, Adrienne Dawes, Christopher Dylan Plummer).
The series deals with demonic presences hunting an apartment block and a twenty-something slacker self-appointing the task of documenting them; as his girlfriend, real filmmaker dealing with real opportunities, just progressively moves away in the process and a suspicious hot and vapid new neighbor tries to get closer and closer.
While, once again, the found footage approach justifies the cheap visual values, a basic multi-camera setting allows for more fluid editing; on the other side, the improvisation technique (based on character preparation through long workshops) provides a fluid pacing and a more down-to-earth, realistic interaction (even with the downside of losing a little of solidity here ad there).
Season two (prequel, you don’t say?) is airing now.
On Vimeo, and YouTube (with the usual extra content).

Bonus: Next To heaven

Let’s see this as a special bonus. Including it here it’s a long shot but it’s so unusual that it deserves to be mentioned.
I’ll be quick.
Next To Heaven (2006), created by independent filmmaker Rob Parrish from Pennsylvania, can be seen as an extreme (and forced, I admit it) inclusion into the comedic found footage genre. Because the footage it’s real, but it’s still “found” (archive material); but a new voice dubbing totally replaces the original content and stands in strong contrast with the stereotypical or at least familiar situation the original portrayed, giving the clip a new surreal feeling, not infrequently “incorrect” or even convoluted.
The best way to see it in order is probably from the original site, where a brief reference for each video is also provided.

One thought on “Blending genres in web series (2): mockumentaries and found footage” 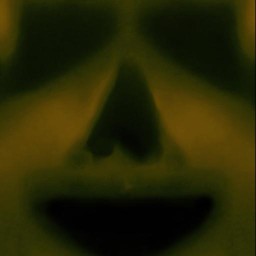